DecodeME's Dr Veronique Vitart, Dr Shona Kerr and Professor Chris Ponting are among a group of researchers who have just published a study in the top science journal Nature on the role that genetics plays in severe Covid-19.

Using the same technique that will power DecodeME, they found that people with particular DNA differences were more likely to end up in intensive care with Covid-19. The affected genes relate to inflammation in the lungs and fighting off viruses – and these findings point the way to possible ways to treat severe Covid-19 and save lives.

Below, Dr Vitart discusses the study and looks at similarities between the Covid-19 study and DecodeME. 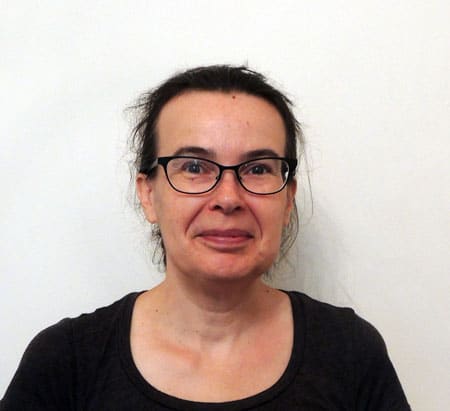 Why we did this study

Early in the pandemic there was a relatively high death rate among people with severe Covid-19 who needed critical care (treatment in hospital intensive care units). Scientists already knew that differences in DNA between people can significantly affect the severity of diseases caused by viruses.

A global community of doctors and scientists, called GenOMICC (Genetics of Mortality in Critical Care), had already been conducting genetic studies to improve survival rates for critical care patients, and so it was a natural move for them to start a Covid-19 study.  This was led by Dr Kenny Baillie, a colleague at Edinburgh University.

The recruitment of patients study was efficiently carried out by GenOMICC team members across the UK. With a pandemic in full flow, we put all hands on deck to help with the study and run the genetic analysis of patients’ DNA quickly. We condensed 2 years of work into 4 months of flat-out effort.

We recruited UK patients with Covid-19 who needed critical care. Because of the need for speed we had to adjust our approach.

Ideally, we would have recruited controls for this study who had confirmed coronavirus infections but were not severely affected. Instead, we saved a lot of time by using DNA data for ‘convenience’ population controls from the UK Biobank.  This meant the controls were not perfectly matched, and their DNA was not processed at the same time using identical versions of the DNA-screening technology.

However, I already had experience of using this approach in another disease and worked closely with analysts to ensure results were robust.

The study looked at DNA from 2,240 people with severe Covid-19. This is a small sample compared with the 20,000 participants planned for DecodeME. However, a smaller sample is enough when you are looking for a strong genetic affect, as we were pretty sure would be the case here.

And our study did indeed find several genetic variants that were significantly more common in people with severe Covid than in controls from the general population.

Several things make us confident that our results are reliable. Firstly, the study identified a strong genetic link that had just been reported in another, slightly smaller, study of Italian and Spanish severe Covid-19 patients. Secondly, we were able to replicate four of our novel findings using data from the direct–to-consumer genetic testing company 23andMe and from the international COVID-19 Host Genetics Initiative.

The four newly identified genetic risk variants each increased the risk of severe illness by around 20%. So someone who has all three variants would have roughly twice the risk of getting severe Covid (if they became infected) compared with someone with none of them.

What might the genetic findings mean for new treatments for severe Covid-19?

The genetic findings and follow-up analysis pointed to two types of genetic differences playing a role in causing severe Covid-19.

First, genetic variants that lead to reduced interferon 1 signalling were more common in severe Covid-19 patients. Interferon signalling is an all-purpose defence against viruses. When cells get infected by viruses they produce interferons, which are a 'save yourself' signal to nearby cells. These cells respond by making it harder for viruses to replicate, slowing down a viral infection.

Second, genetic variants that lead to increased inflammation in the lungs were also more common.

The knowledge that these pathways are involved in severe Covid-19 points to two ways to treat the illness: boosting the interferon 1 response, and/or dampening down harmful inflammatory reactions in the lungs.

How similar is DecodeME to our Covid-19 study?

Although we didn't know about the role of genetics in Covid-19, we did know that for many viral infections, genetics often play a significant role in the risk of severe illness. The situation is less certain in ME/CFS as DecodeME is the first big genetic study for the illness. However, with a large sample of 20,000 participants, DecodeME should be able to at least start to identify the size and nature of genetic factors that play a role in causing ME/CFS.

I am looking forward to contributing to DecodeME. My hope is that, as with severe Covid-19, we find genetic differences that identify causes, and that these findings will show researchers promising targets for effective treatments.

If you are interested in taking take part in the DecodeME study you can sign up here.